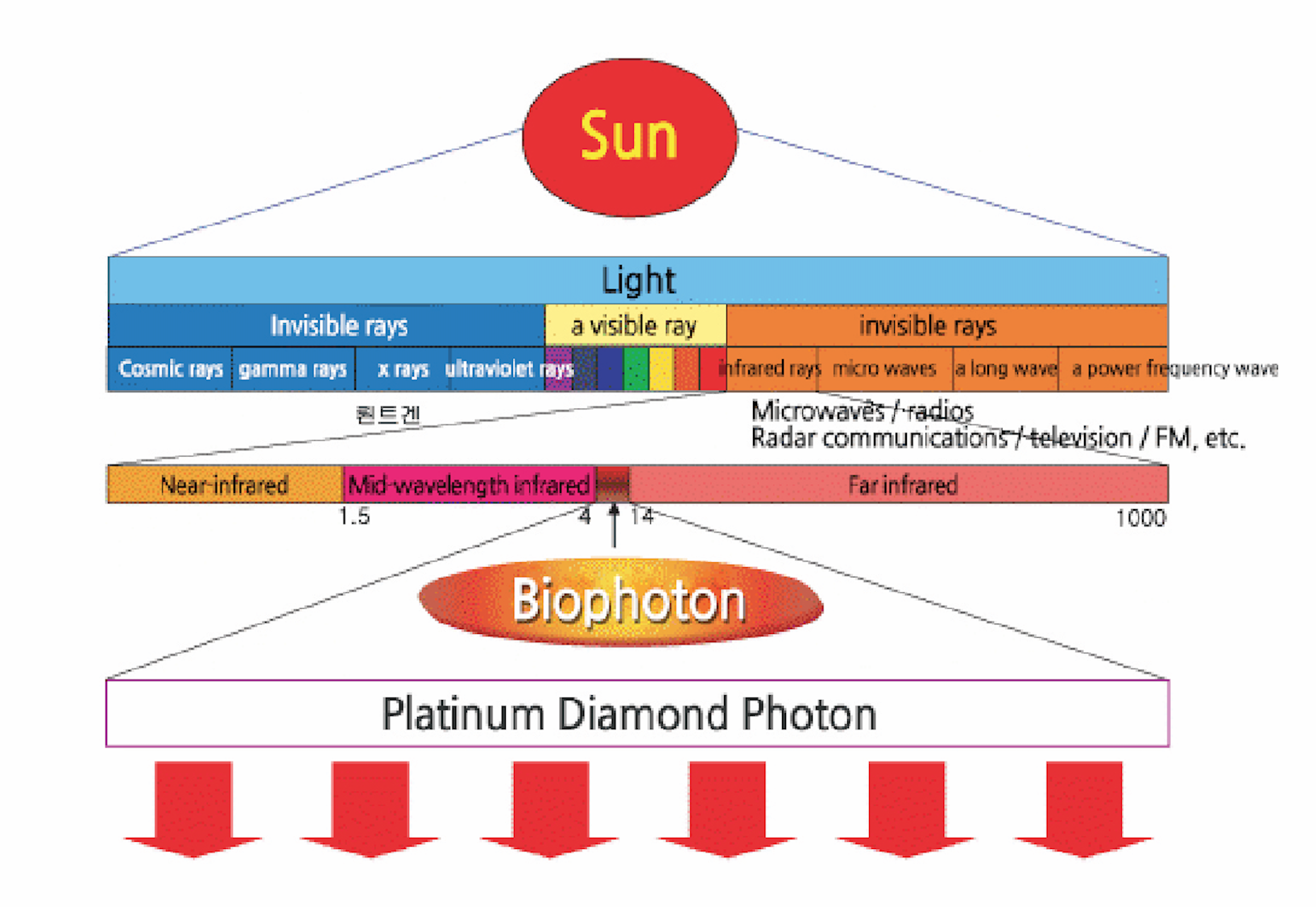 Far infrared is an invisible ray generated by sunlight and also from our own body.

A Wavelength of 4 to 14 micrometers is called growth ray or health ray. Our body radiates the same kind of growth ray. It is applicaable to food, clothing, hoursing and medical care.

Friction energy like static electricity and far infrared rays are generated from the body. Wavelength energy will be absorbed, changed into stable wave-length energy, then amplified and radiated. 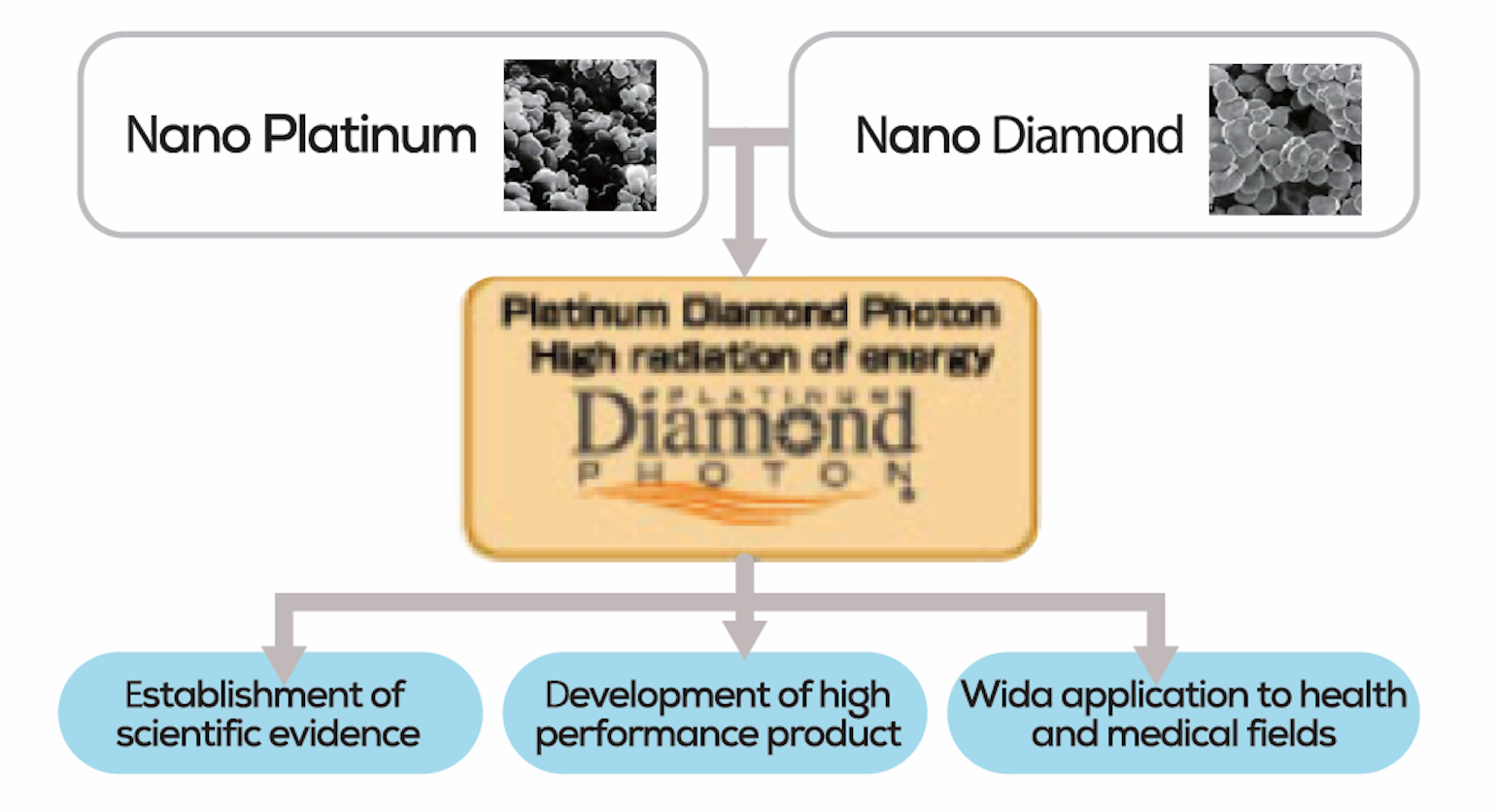 Platinum Diamond Photon is an innovative technology which has several advantages of nano-platinum. These advantages include "light quantum effect", "photocatalyst effect" and "negative ion effect". They also have nano-diamond advantages such as "high catalysis function", "high deodorization effect" and "high antibacterial effect". PDP has the advantages of each function and effect.

*PDP is an innovative technology that combines nano-platinum and nano-diamond. 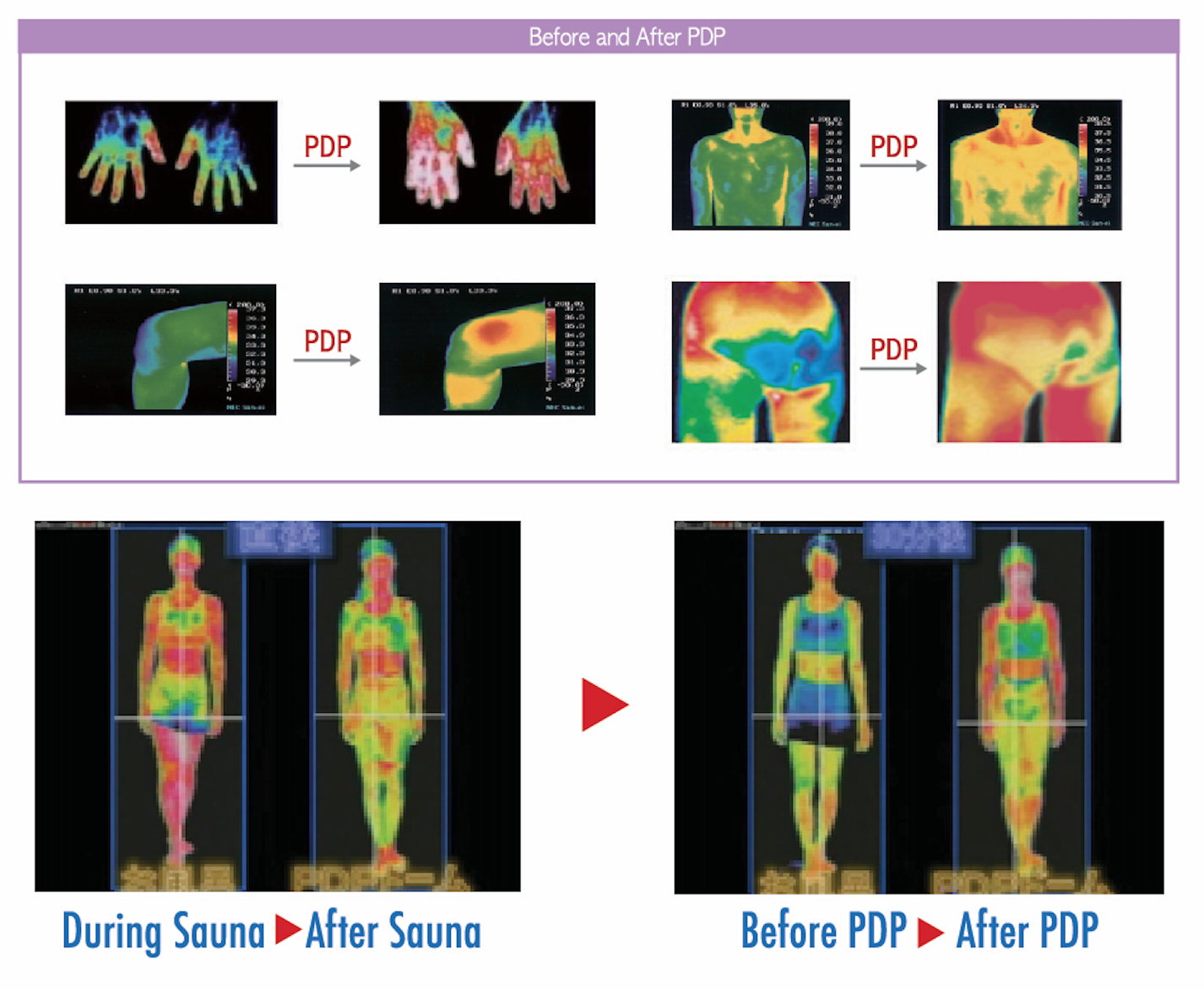